A History of the Toilet 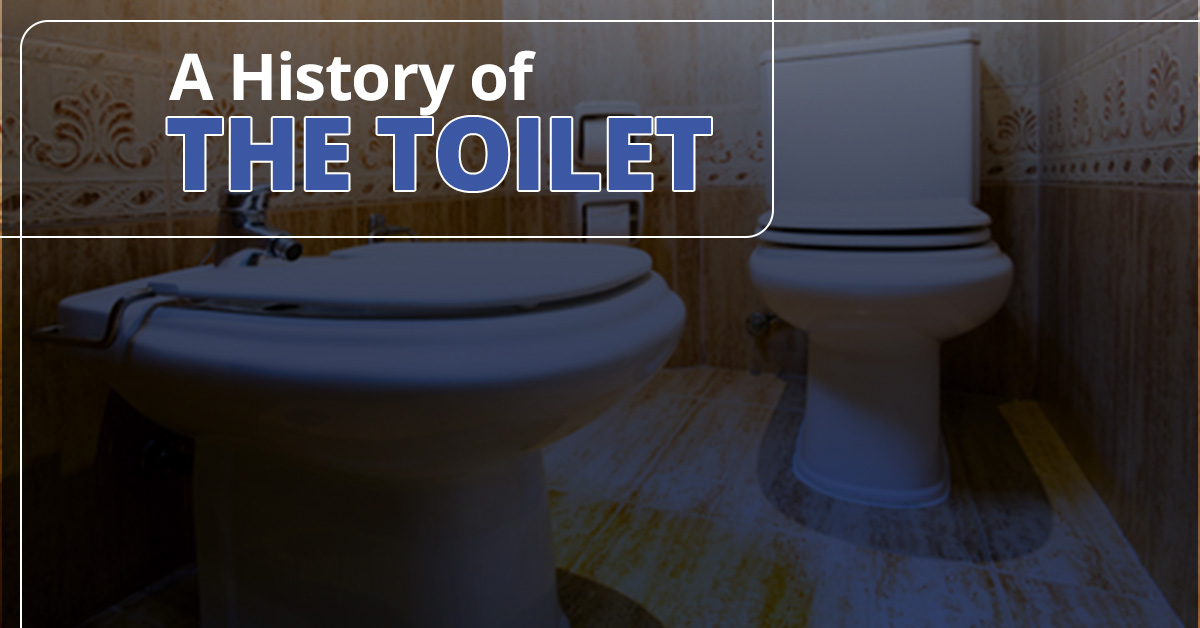 Here at Restroom Stalls and All, we know how important, yet how easy to overlook, your company bathrooms are. We do sell toilet partitions and toilet accessories. They are one of the bigger impressions you will make on a customer, right up on par with your service. Rightly so, they take care of an important biological function. Have you ever stopped to think about how much work must have gone into that toilet, though? It seems like a simple enough concept, but someone must have invented it. Here, we go over a little bit of the history of the modern toilet.

Many ancient cultures had rudimentary sewage systems and toilets. The people of Skara Brae in the Orkney Islands during the Stone Age, for example, were known to have small stone huts with drains built under them, with some of these huts having cubicles over the drains. This is thought to have been an instance of inside plumbing.

In ancient Egypt, the upper class citizens enjoyed limestone toilets, while the poor used effectively a wooden stool with a hole in it. Underneath these primitive toilets were boxes filled with sand, which had to be removed by hand much like a cat litter box today.

In the ancient Indus Valley civilization (about 2,600BC-1,900BC), sewer systems were dug beneath the streets,which were built on an organized grid pattern. These sewage systems were so advanced that their toilets had flushing water.

A few hundred years later, on the island of Crete, a civilization called the Minoans also built sewer drainage systems and had toilets with flushing water.

The Romans took things a step further, with their own goddess of sewers Cloacina. Wealthy Romans had toilets in their personal quarters, but even public lavatories were available in Rome, although they were essentially a stone bench with no partitions. In these lavatories, citizens wiped themselves with a sponge attached to a stick.

Toilets in the middle ages were typically outhouses: just a hole in the ground with wooden seats placed over them. However, some middle age monks would build their lavatories out of stone or wood over rivers. One notable example of this was in Portchester Castle around the 12th century, where monks built a lavatory that had a chute leading toward the sea. When the tide rose and fell, it would take the sewage with it.

Medieval castles had their own version of a toilet, called a garderobe. Essentially, it was just a large vertical shaft under a stone seat. Some of these garderobes would empty their chutes in the castle moat. Affluent people of the time would have used rags to wipe after using the garderobe, however regular people just used a plant known as common mullein, or woolly mullein.

The concept of a flushing lavatory with a cistern was invented by Sir John Harrington in 1596, but unfortunately his idea failed to catch on at the time. Instead, people continued to use chamber pots and cess pits.

A popular alternative to the modern toilet during the 19th century was an earth closet. Earth closets are just boxes of granulated clay placed over a pan. When you pulled a lever, it would drop the clay over the pan. Flushing bathrooms didn't replace earth closets until early in the 20th century.

While here in America we take toilets a little bit for granted, in many places around the world there are still countries without hygienic toilets In 2001, the World Toilet Organization was formed to increase the availability of toilets in the developing world.

Here at Restroom Stalls and All, we sell high quality toilet partitions and toilet accessories across the country. If you are interested in stocking your personal or company restroom, then you should take a look at our product selection. Please feel free to give us a call if you have any questions about our products. One of our friendly and knowledgeable representatives will be happy to answer any questions you may have.