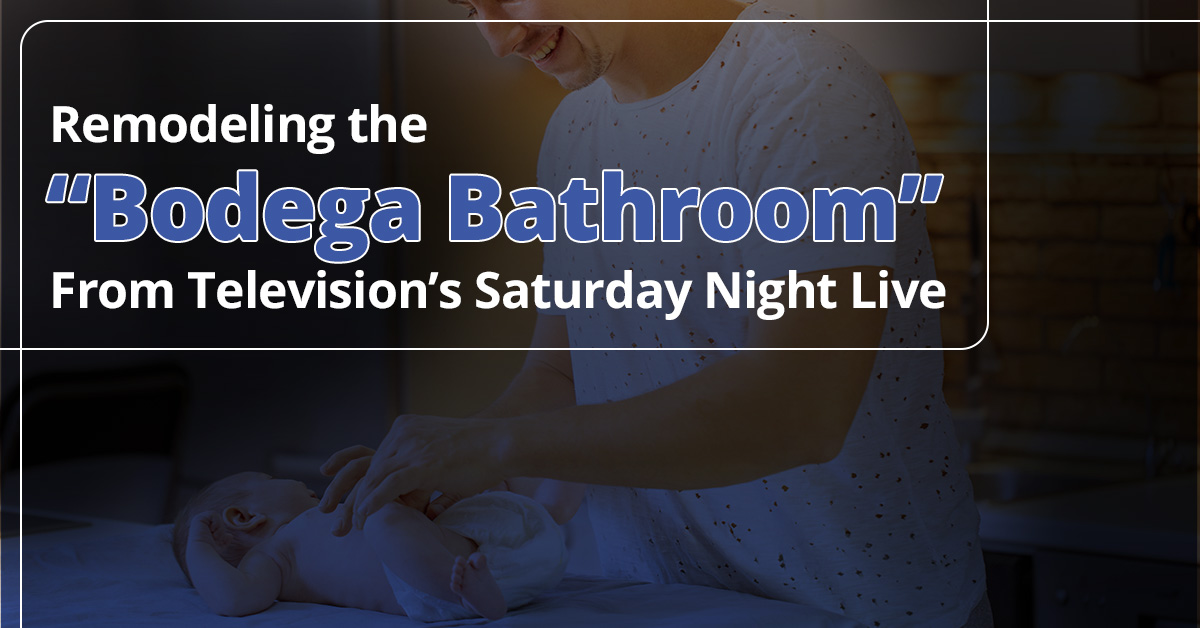 The Comeback Kid was returning to his old stomping ground — he was a writer there for six seasons in his early 20s — for a second time within the past year. Much to the audience’s delight, his homecoming justified a reprisal of “Diner Lobster,” his popular musical parody of Les Miserables. If you haven’t seen John Mulaney’s real-life friend, Pete Davidson, commit the obvious faux pas of ordering lobster in a diner, we highly suggest you take the time to watch.

“Bodega Bathroom” was Mulaney’s latest musical masterpiece and has definitely made the world a more whimsical place. In a stinky parody of the musical Willy Wonka, different people and objects in a bodega sing to a clueless Pete Davidson why using the bathroom (even for an emergency) in a bodega is another “obvious” faux pas. Pete is handed a small key chained to a cinder block, before being shown to a disgusting public bathroom while the bodega cat sings in the background, “come with me and you’ll be in a world of zero sanitation.” Needing to use a public bathroom in a pinch is a shared experience among many, especially because somehow, it always feels like the only available bathroom is the filthiest one, no matter where you are.

Our team at Restroom Stalls and All found the relatable skit priceless, especially as workers in the commercial bathroom industry. That’s why we decided to help out by “remodeling” the bathroom at “Big Nick’s Bodega” with all the proper necessities. That way, Mulaney (Big Nick) and any other imaginary bodega owners with a scary bathroom, will know exactly what to fix and how. Here’s our detailed tip sheet of the best bathroom equipment and washroom accessories to improve that putrid room.

Do a deep clean

We agree, those cockroaches on SNL sing beautifully, but they do not help perform the task at hand. Clean out the bugs, drain the rat swimming pool in the sink, and sanitize everything from the ceiling to the floor (yes! Clean the actual ceiling!). Get the plumbing fixed so that the toilet flushes again and the sink runs clean water. Maybe once the mold is off the toilet, he’ll stop yelling “feed me, Seymour” at brave souls like Pete.

From our understanding, the only thing in there besides the toilet and sink is a dirty plunger. We’ve found that an enjoyable bathroom has several other convenient amenities. We doubled checked the dimensions of Big Nick’s bathroom and the following hardware installations are definitely possible. Keeping in mind Big Nick’s apparent habit of only providing the bare minimum to customers, we chose renovations that require little work from Nick but greatly increase the customer experience.

Since 1990, all small business owners are required to provide a bathroom that is compliant with the American Disabilities Act. According to the CDC, every 1 in 7 adults in the United States have some form of disability that affects their mobility. Big Nick’s Bodega is losing all those customers because he lacks a handicap accessible toilet. We suggest he installs handrails (also called grab bars) and that he double checks current requirements with the ADA. In the meantime, this infographic is also a good place to start.

As industry professionals, we never again want to hear the words, “if you touch me you’ll understand what unhappiness is” from the bowl of a toilet, no matter how funny it might be. At the end of the musical sketch, Mulaney hands Pete the cinder block key and gifts him the bodega — like Willy Wonka did Charlie with the Chocolate Factory. We’re hoping Pete considers our tips for his newly acquired bathroom and brings his business over to Restroom Stalls and All.